To create awareness for the Compensation Fund, the brand commissioned Transit Ads to implement a highly impactful 2-month campaign in both Johannesburg and Cape Town. The strategy included 45 branded Rea Vaya bus backs, 20 MyCiTi bus backs and a commercial flighted for 3 months on the national place-based digital television network Transit.TV™.

The bus rapid transport systems in both Cape Town and Johannesburg transport over 4 million and just under 2,5 million passengers per month respectively, which means that the branding and messaging had excellent exposure and frequency during its intense awareness burst.

Busses are moving billboards that move along the same route daily, multiplying visibility exponentially as the not only reach bus commuters, but also pedestrians and motorists on their daily commutes.

Coupled to the bus branding, Transit.TV™ reaches a captive audience of 13,2 million viewers per month. The television network features content interspersed with advertising and sponsorship messaging, all relevantly packaged to entertain, inform and successfully engage the audience.

The advertising investment opportunities presented by Rea Vaya and MyCiTi are in line with, and take advantage of, consumer growth, urbanization, infrastructure development and socio-economic shifts. The busses pass through high density areas that include universities, malls, business districts and residential, which means that messaging on these touchpoints has impact, frequency and positive effect.

Transit Ads offers an extensive portfolio of out of home solutions within the ever-expanding transit environment. For more information on how to effectively reach a wide-spread audience, contact Hugh Wilson on 0861 776 826 or hugh@provantage.co.za or contact us on Twitter @TransitAds_ 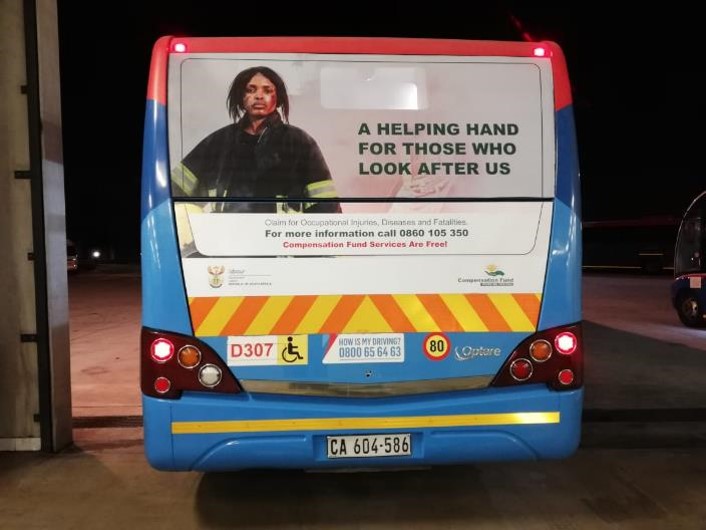