Transit Ads™ is in the process of launching Transit XL, a network of 3x6m digital screens expected to be viewed by around 5.5 million consumers a month – demonstrating the efficacy/potential reach of digital-out-home (DOOH) within the transit environment.

There are currently three Transit XL screens in operation, located at Park Station and Pretoria Station in Gauteng and at Umlazi Taxi Rank in KwaZulu Natal. By the end of the year, more screens will be rolled out at strategic locations in Cape Town, Polokwane and Mangaung. Brands that are keen to advertise in these commuter hubs, which boast high footfall, long dwell-times and conveniently segmented audiences, will be able to secure 15-second slots on a 90-second loop on the screens, which are operational from 5am-8pm daily.

“Brands have a ready-made audience that is largely young, urban and difficult to reach through traditional media,” says Shamy Naidu, executive: Transit Ads™. “Once all the Transit XL screens are live, we will be able to offer brands a total audience of around 5.5 million on this media option – and thanks to the advantages of DOOH, brands can keep their production costs low, change their messaging according to their marketing strategies, and target consumers close to point of sale. It’s also easy to target groups of people in particular locations with messages that are increasingly relevant to them – in fact, penetrating niche environments is now infinitely easier thanks to DOOH.”

The Transit XL screens will amplify campaigns, enhancing brand recall and visibility thanks to impactful content that is very hard to miss and impossible to block. In supporting the global trend towards the greater use of DOOH, Transit Ads™ recognises that it is now one of the most interactive and fastest growing forms of advertising globally – something recently confirmed by Steve Nicklin, vice-president of marketing at the Outdoor Advertising Association of America.

As the only traditional medium that has been growing consistently over the past ten years, DOOH is attracting an increasing amount of investment in South Africa and elsewhere. Part of its effectiveness is that it helps brands to deliver the right ad in the right place and the right time. In fact, according to a 2019 report by Factual, nine out of ten marketers favour location-based advertising as it results in higher sales, growth in customer base and higher customer engagement. Transit XL can assist brands in getting relevant messaging across to consumers passing through these urban hubs, optimising their campaigns in the process.

The impressive reach of DOOH

Research done by Nielsen in 2018 shows that DOOH delivers a good return on investment – typically around R2.30 for every rand spent, as against R1.25 for traditional OOH and R1.30 for regular TV. However, combining these media as part of a broader marketing strategy delivers an additional 10% return, suggesting that DOOH is effective whether leveraged on its own or as part of an integrated multimedia campaign.

brand recall is enhanced with DOOH. A full 77% of commuters polled say digital billboards capture their attention and 71% feel they stand out more than online ads.

The XL screens may well be even more impactful, particularly when it comes to geo-targeting (37% of commuters surveyed by Nielsen said they noticed digital billboards providing specific directions to nearby businesses, restaurants or stores, with 22% changing their plans as a result).

It is well known that DOOH extends the reach and impact of a campaign, with large-format screens elevating brand status in the eyes of consumers. With the DOOH share of global OOH revenue predicted to grow by 24% by 2021, Transit Ads™ is very much on trend with these accessible and appealing screens. “For increasingly mobile and aspirational consumers, this is an exciting evolution,” says Naidu. “Large-format DOOH is also valuable for brands because they can tap into rapidly changing consumer needs in a way that is both responsive, contextually relevant and powerful – large-format DOOH provides enormous flexibility, viewability and agility and it’s increasingly pushing technological boundaries, which is exciting.” 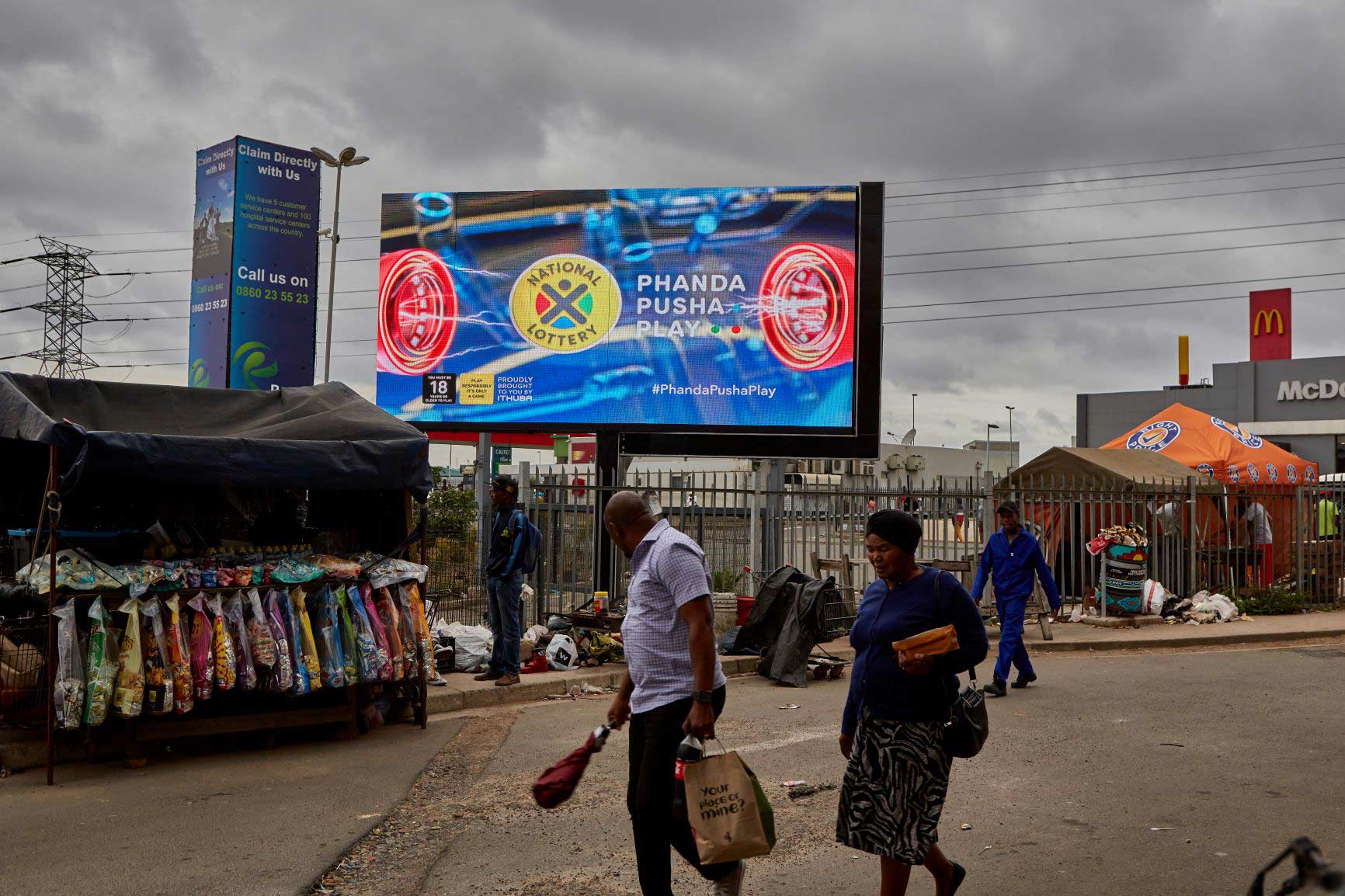