In doing so, it has responded to market demand and its customers’ growing need for a greater digital presence within the airport environment.

The newly installed screen at O.R. Tambo International measures 4m x 9m and is strategically situated in the main corridor of the domestic departures area in Terminal B.

With the launch of Visionet at South Africa’s largest and busiest airport, advertisers are now able to engage travellers via a large format digital network in highly desirable airport sites situated within three of the country’s premier economic hubs, including Lanseria International Airport to the north-west of Johannesburg and King Shaka International Airport in Durban.

This makes for a compelling offering and speaks to Airport Ads’ plan to grow the network’s capacity and build a product that allows for advertisers and brands to execute effective, high impact digital campaigns across a bouquet of large format screens at South Africa’s key airport locations.

Central to this is high reach and frequency and the audiences these airport environments are able to deliver.

The extended Visionet digital network now offers advertisers the ability to embark on a digital campaign across the three airport locations while communicating their brand messaging to over        one million affluent decision makers monthly.

“The addition of Visionet at O.R. Tambo International is notable, as it significantly ramps up our digital offering while adding over 500,000 travellers monthly to the audience the network previously engaged,” says Mzi Deliwe, Deputy CEO of PMG and Head of Airport Ads. “Not only is Visionet able to deliver the speed and quality that digital out of home technology offers, but due to its impressive size, also the opportunity for brands to achieve high impact and make a lasting impression with travellers.”

Key to Visionet’s effectiveness is the quality of the audience the Airport Ads platform is able to deliver.

According to the research cited earlier, it’s an affluent audience, with 39% earning in excess of R500,000 annually. Further, 40% of high LSM consumers travel through airports monthly, whilst roughly 31% are business travellers. Approximately 80% of this audience is aged between 30 and 50, and roughly 58% are frequent flyers.

It’s a valuable audience – with access to larger amounts of disposable spend – and it’s one that spends more time exposed to media than in any other Out of Home environment, with an average minimum dwell period of 75 minutes in the airport environment. Adding to the impact of this platform is the fact that this audience is a captive one in a location that affords brands zero tune-out.

With its size, prime locations, impact and desirable audiences, the Visionet network makes for a desirable solution for brands. Particularly brands that understand that digital mediums and technology-based solutions are becoming paramount in staying connected and relevant to a range of targeted and desirable consumer segments. 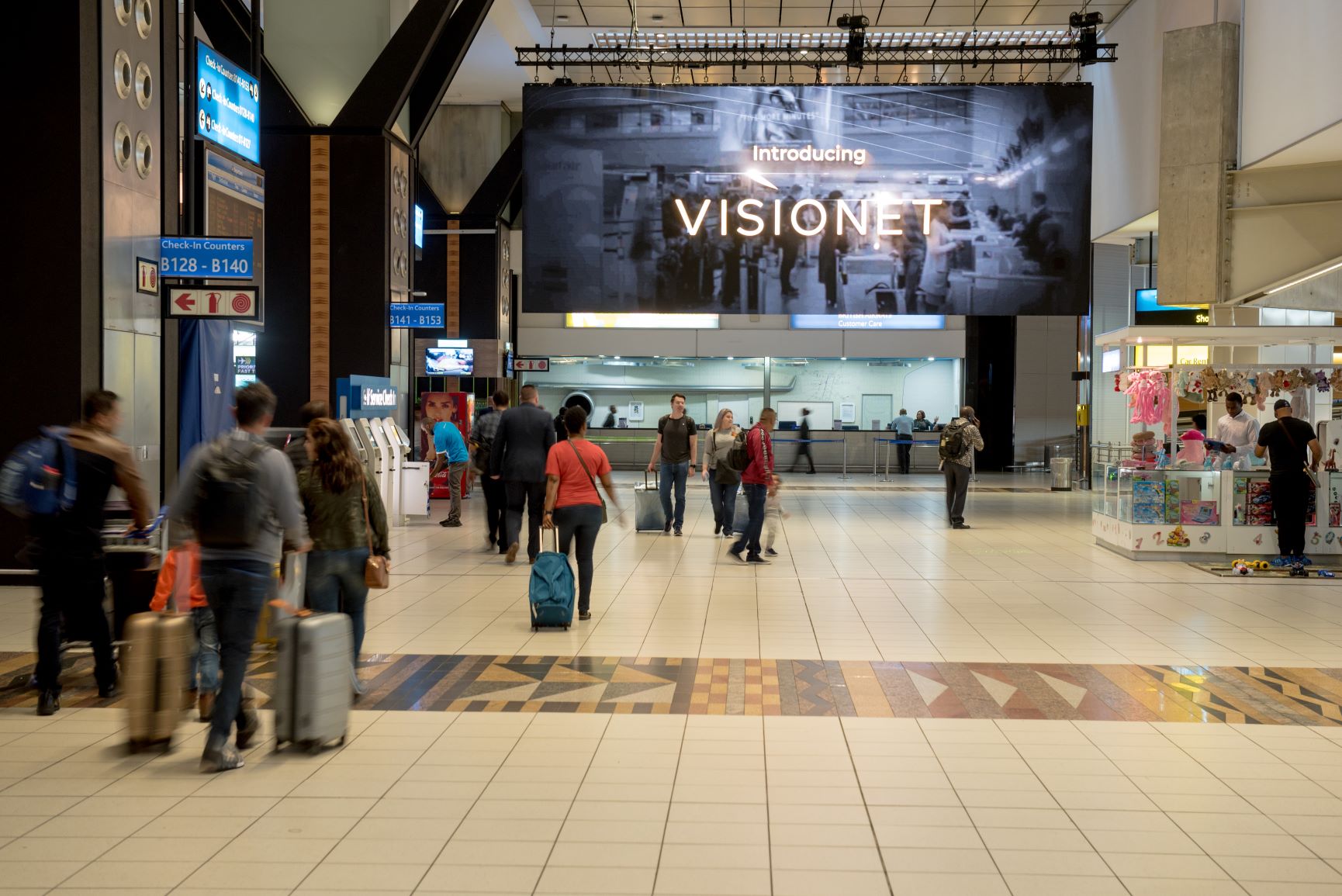