Global Out of Home Media has continued its African expansion, launching its first 6m X 18m LED digital billboard in Lagos, Nigeria as part of its digital Out-of-Home network roll out in the country.

Nigeria is host to the largest footprint of digital Out of Home sites on the African continent and is seeing continued growth. The latest addition from Global Out of Home Media is located on the Ikorodu Expressway in Lagos, the economic capital of Nigeria.

The dual carriageway is an important link between the Lagos mainland and the thriving business hub of Victoria Island. Dwell time on the Ikorodu Expressway is extremely high, providing for an optimal   environment for brands in which to deliver highly targeted and effective marketing communication.  The notorious Lagos traffic sees commuters often taking hours to navigate a journey of barely 30 kilometres, with an incredible overall traffic count of over 380 buses and 100,000 cars per day.

Lagos has been described as the fastest-growing ‘mega city’ in the world, with a GDP of $136 billion. It has a population estimated at over 20 million people, making it the fifth-largest city in the world by population. It’s also Africa’s seventh-largest economy, and whilst Abuja is Nigeria’s official capital and political centre, there’s no doubt that Lagos is the beating heart of the country’s economic activity.

“Infrastructure remains an issue, particularly the condition of the city’s roads, which interestingly makes Lagos fertile ground for the out of home industry, with incredibly high dwell times for commuters,” says Wayne Erlank, Country Manager for Global Out of Home Media Nigeria. “That, coupled with the prime site we’ve sourced for this new LED digital billboard, makes this addition to our growing African network an attractive proposition for any brand looking to engage with a highly-concentrated number of consumer subsets.”

Digital out of Home creates a unique canvas for top-notch creativity & social media integration, and is able to drive mobile, social and digital engagement better than any other advertising medium. With its ability to influence response rates to other media, digital Out of Home is increasingly becoming a media platform of choice in integrated marketing and communications campaigns worldwide.

Nigeria boasts an advanced and powerful consumer base with substantial spending power, offering a multiplicity of advertising opportunities to brands looking to reach and engage these consumers. A recent PwC report shows that Out of Home advertising generated revenues of US$125M in 2017, and the sector is on target to reflect a CAGR of 5,3% through to 2022[i].  Out of Home and the broader advertising industry are also set to benefit from the upcoming 2019 presidential elections.

According to Jumia’s ‘Mobile Report Nigeria 2018’, Nigeria has a mobile penetration rate of 84% and “the multiplicity of affordable smartphones and a growing market for second-hand devices played a major role in driving the country’s e-commerce sector, which is estimated to be worth $13 billion.”[ii]

The Jumia report goes on to cite a study conducted by Twinpine, the Pan-African mobile advertising network, in which Nigeria was described as “the most mobilized country in Africa, with 76% of all internet traffic in Nigeria coming through mobile devices.”

“Developing our business means not only providing advertisers with out of home space, but also understanding the markets they want to be in and delivering class-leading Out of Home advertising solutions based on globally-accepted best practice and efficacy,” says Erlank.

Digital Our of Home delivers effective ROI for brands, particularly within a digitally-savvy market in a prime location, making for a compelling offering, particularly for brands wanting to speak to a large audience while effectively driving search, engagement and awareness. 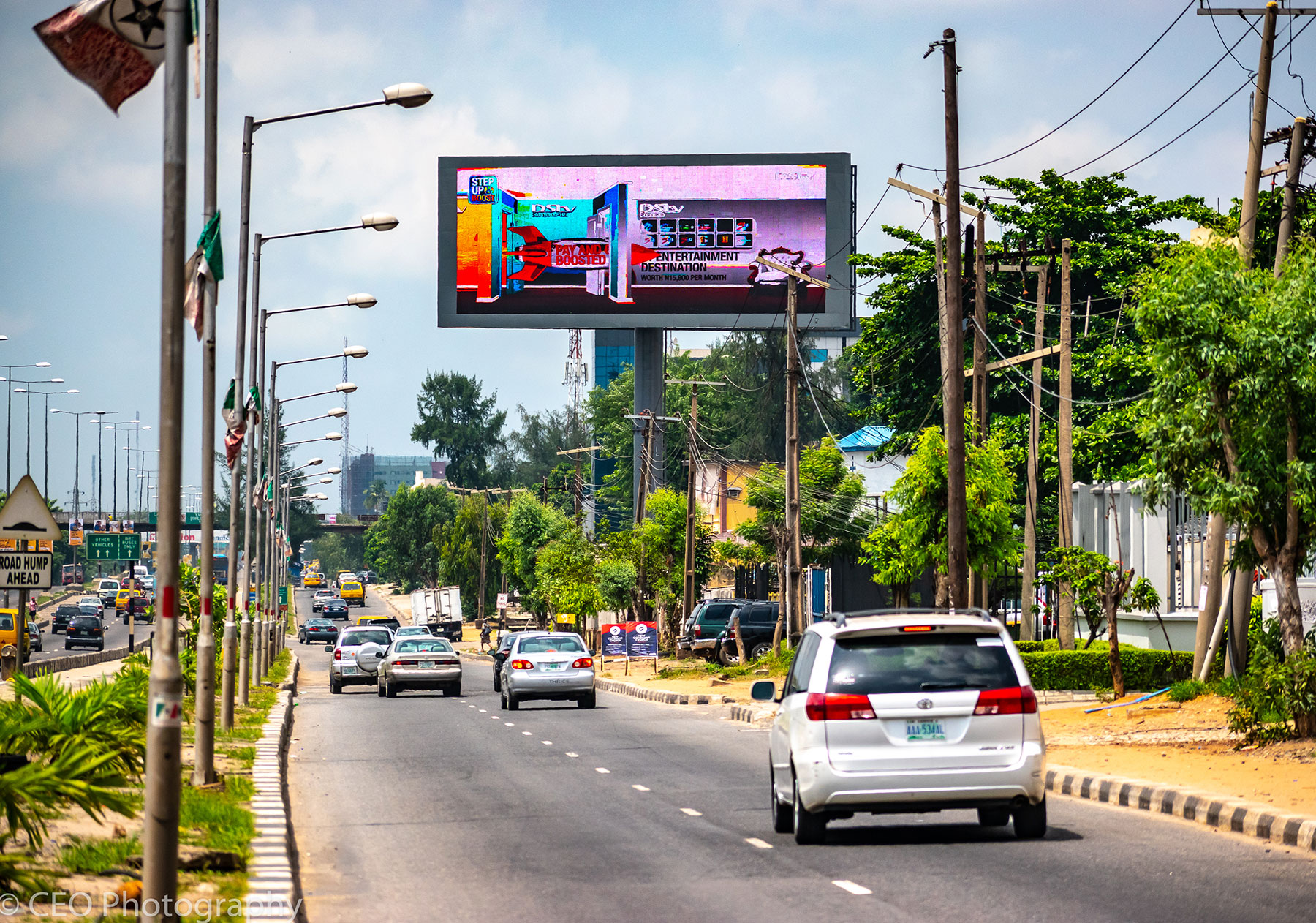