Hollard Insurance is already an eye-catching brand, thanks to the bright purple that dominates its marketing collateral, and now it has gone a step further with a cleverly conceived special build out of home campaign with Street Network.

Specifically, Hollard has tapped into the obsession that modern-day consumers have with all things digital and developed a creative campaign that features commonly-used emojis and ‘pin locators’ affixed to the sides of strategically-located bus shelters across Johannesburg, but largely focused on the area surrounding the Hollard headquarters on Oxford Road in Parktown.

The selected emojis speak to the various messages on the creative, such as: “Over 5 million people are ensuring a brighter future with us”.

The campaign has allowed Hollard to have a little fun with a brand that is already seen as innovative, whilst at the same time communicating a particular message in a simple, yet creative manner.

“This campaign is effective, because it speaks the language of its target audience,” says Jonathan Everest, Head of Sales at Street Network.

Hollard is South Africa’s largest privately-owned insurance group and has been in business for nearly 40 years, providing short-term and life insurance as well as investment products to a diverse customer base, including individual consumers, commercial entities and corporate clients.

In this way, Hollard has grown its offering at the same time as those individual and commercial entities that have invested in the insurer as a growth partner.

It’s estimated that this street furniture campaign has reached approximately 470,000 people and delivered around 2.8 million impacts, with an average frequency of six. (ROAD2015/16/17C)

Arguably more importantly, though, the campaign has enabled Hollard Insurance to push the envelope, creatively, and maximise the benefits that a Street Network campaign is able to offer, such as frequency and targeted messaging. 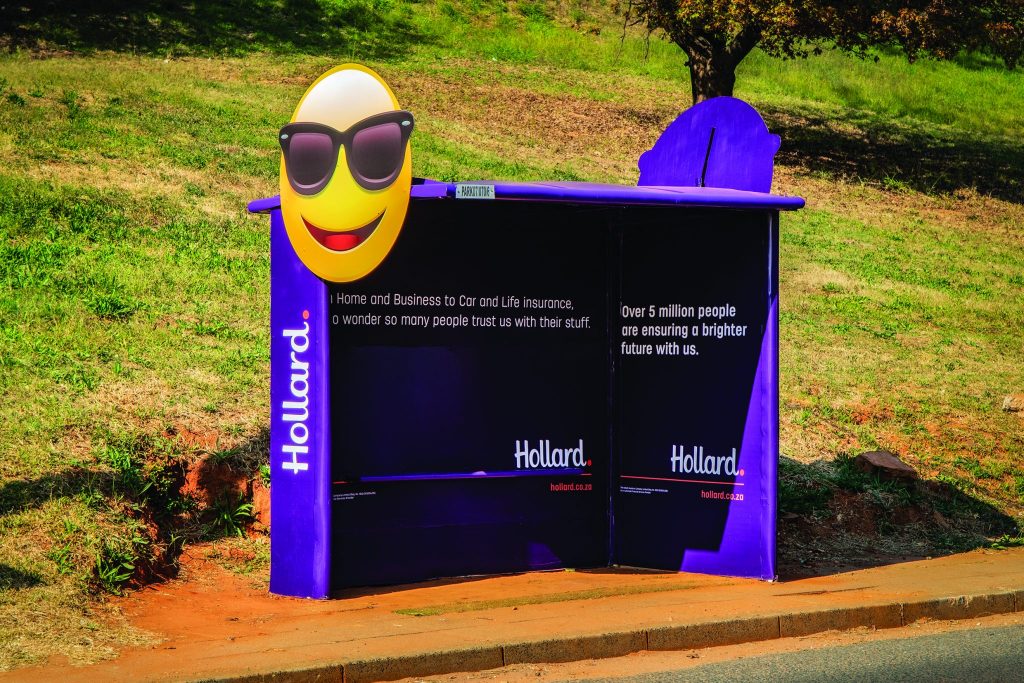