“PMG was one of the first out-of-home media owners to ride the digital wave and it continues to leverage digital integration to its advantage, proving that a number of OOH platforms can work together synergistically, and with great efficacy,” says Jacques du Preez, PMG CEO.

According to the PwC Entertainment and Media Outlook 2017 report, over a quarter of South Africa’s OOH revenue now comes from DOOH formats. This proportion is set to rise to over 40% by 2021 as DOOH becomes ever more prominent in South Africa, generating revenue of R2.0 billion.

This year, the company has introduced a number of digital billboards within the OOH environment to complement the integrated platforms that already exist within many of its divisions. Provantage is already a market leader with digital place-based networks optimised by Airport Ads® (airport.tv™), Transit Ads™ (TRANSIT.TV™), Golf Ads™ (Golf TV™) and Outdoor Network’s LED billboards.

Airport Ads® recently unveiled three high-definition Visionet™ billboards at Lanseria International Airport, all of which are synchronised and target both arriving and departing passengers, as well as visitors to the airport terminal building (approximately 183 333 people a month). This follows the launch of the first large-format Visionet™ digital billboard that was launched at King Shaka International Airport in 2014. The massive LED billboards are among the largest indoor screens in an airport environment in South Africa and allow brands to engage with targeted audiences in prime locations.

Outdoor Network has also captivated commuters’ attention in Pretoria with its state-of-the-art LED rotating billboard in Garstfontein road, a high-traffic location close to the newly renovated Menlyn Mall. Targeting the highly desirable LSM 7-10 segments, the billboard is expected to attract an audience of around 90 000 consumers. The 3×6 rotating billboard brings brands, products and services to commuters travelling to and from home, work, school, university and shops in the heart of one of Pretoria’s most vibrant business and leisure centres.

The digital evolution will be the driving factor behind new ways of thinking about OOH. It will increasingly become a platform fuelled by real-time buying, real-time creative optimization and contextual relevance to both the physical location and environment.

Mzi Deliwe, Deputy CEO at PMG concludes: “By integrating dynamic digital out-of-home platforms (a significant campaign amplifier) with more traditional media platforms, PMG proves it has its finger on the pulse when it comes to innovation in South Africa’s ever-changing OOH media landscape.” 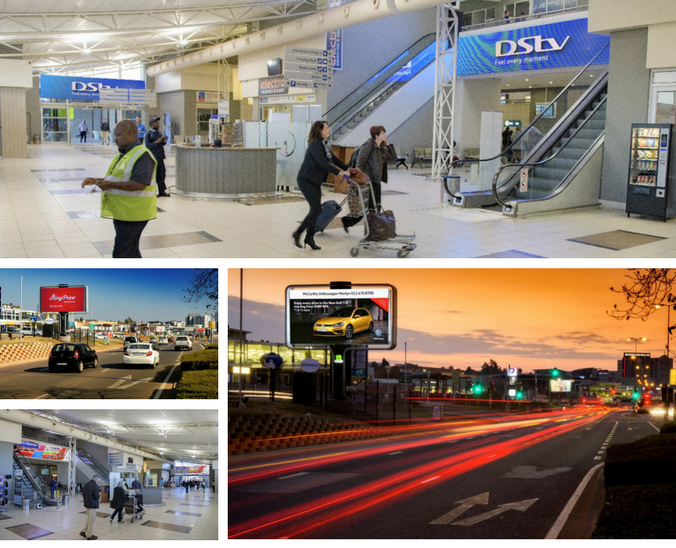